What to Do When the Narcissist Downgrades After You
Trauma Dumping: When Venting to Family and Friends Turns Unhealthy
8 Disturbing Reasons Narcissists Stay Friends with Their Exes
THIS is Why Narcissists Refuse to be Accountable 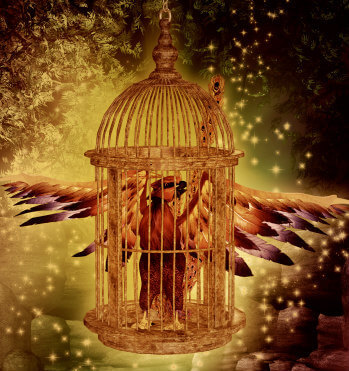 Recovery and The Phoenix Process

“Nothing ever goes away until it has taught us what we need to know.” ~Pema Chodron

There has been an epic increase in the number of people suffering at the hands of Narcissistic individuals. Their partners or other people they love abuse them and have succeeded in killing their spirit; they don’t know how or where to start over.

These broken-hearted targets of emotional and psychological abuse don’t know how to escape the cycle. Subsequently, they fall into a state of despair and depression, losing hope in the future and the idea of ever finding real love.

Although it’s difficult to perceive while in the midst of soul-shattering abuse and betrayal, these continuous cycles of chaos and confusion are often the most powerful catalyst of awakening, in the sense that the ensuing events they give rise to are often transformative.

It may seem unbelievable, but many have found enlightenment after these intense periods of emotional suffering.

The Alchemy of Spiritual Enlightenment

Let’s consider the concept of attachment.  As human beings, we are mentally attached to notions, such as hopes and desires related to the future, ideas concerning life, and the image we have of ourselves, including our sense of status, our image, and achievements. These are accessories which become attached to the sense of self but which are not actually part of our authentic self at all.

At the same time, there are more physical attachments, such as possessions, jobs, and other people whose approval and affection we might want. These are the components of the ego. We feel that we are ‘someone’ because we have these possessions and because other people give us approval.

In states of despair, many (if not all) of, these mental attachments have been broken, which is why we fall into despair.  The concepts we’ve been depending on for our happiness have been eliminated. Hopes and beliefs are revealed as illusions; our possessions and status have been taken away, we’ve been spurned by friends or lovers.   Thus, we feel naked and lost; our sense of self destroyed.

But at this very point, we are, ironically, closest to a state of freedom; a state of detachment. Our authentic self has been released from external fabrications.

Consequently, the agony of despair can shift into a state of liberation and joy.

The Phoenix Process—in honor of the mythic bird with golden plumage whose story has been told throughout the ages. The Egyptians called the bird the Phoenix and believed that every 500 years the Phoenix bird renewed his quest for his true self. Knowing that a new way could only be found with the death of his worn-out habits, defenses and beliefs, the Phoenix built a pyre of cinnamon and myrrh, sat in the flames and burned to death. Then he rose from the ashes as a new being—a strange amalgam of who he had been before and who he had become. A new bird, yet ever more himself; changed, and at the same time, the eternal Phoenix.

You and I are the Phoenix. Our lives ask us to die and to be reborn every time we confront change—change within our self and change in our world. When we descend all the way down to the bottom of a loss, and dwell patiently, with an open heart, in the darkness and pain, we can bring back up with us the sweetness of life and the exhilaration of inner growth. When there is nothing left to lose, we find the true self—the self that is whole, the self that is enough, the self that no longer looks to others for definition, or completion, or anything but companionship on the journey.

The Phoenix Process is a journey that is different for everyone, and therefore, ultimately, it is a trek into uncharted territory. It is unhelpful to compare one person’s journey to another’s—all are different, and one is not more profound or important than another. Very painful situations—the loss of a loved one, a serious illness, a national tragedy—have the power to transform one’s life, but so do less traumatic events. It’s all in the way we approach the changing nature of life; it’s all in the courage to say yes to whatever comes our way; it’s in the way we listen for the messages in the flames and dig for the treasure in the ashes.

Rules of the Phoenix Process

1. Change is the nature of life, and nothing changes without loss, which is a form of death. Death, therefore, is a prerequisite to change and rebirth. Loss and change, death and rebirth: These are natural, necessary cycles. No one can escape loss and death. Pretending otherwise is exhausting and a huge waste of time. To resist change, loss or death is to say no to life.

2. It’s not easy to participate consciously with change, loss or death. More often than not, we would like to stay asleep to the whole subject. It hurts to lose and to change; it causes us grief. But grief is not a sign of anything being wrong, nor is it a sign of weakness. In fact, grief in the face of loss lubricates the wheels of change. Denial and bitterness are like sticks stuck in the spokes of the wheel; they render us motionless. When we turn toward what is changing—when we keep our hearts open and allow ourselves to feel a loss all the way through—we move with more grace into a new, energetic and constructive phase of life.

3. We can transform loss into growth, change into insight and suffering into joy if we turn and face that which frightens us most about ourselves and our changing circumstances. This takes courage. We may find aspects of our personality that need altering. We may find parts of our lives that can no longer remain the same. We may have to upset old family patterns, adjust ways of thinking, let go of habits. Part of the Phoenix Process is asking for help, learning new ways of doing things, seeking inspiration. We need help to learn how to take the suffering deep inside and to make the process an interior one. As long as we blame others—another person, an institution, a relationship—for our faltering lives, there is little chance of transformation, little hope that we will be reborn as the powerful self that we really are.

Adapted in part from Broken Open: How Difficult Times Can Help Us Grow, by Elizabeth Lesser, Villard

Elizabeth Lesser is the co-founder and senior adviser of Omega Institute, the largest adult education center in the United States focusing on health, wellness, spirituality, and creativity. Find out more about Omega’s workshops and retreats with some of the leading spiritual teachers of our times at www.eOmega.org.

Are You Experiencing These 9 Signs of Emotional Abuse?

10 Lies Narcissists Want to Program Into Your Mind

Recovery and The Phoenix Process by Kim Saeed – Signs of a Gay Husband by Debra Sutton says February 16, 2018

Wow, I can’t even express the gratitude and relief that reading this has given me… earlier today I was asking the universe to give me a sign, some kind of helping wisdom, a sense of hope… and I was reading an article about the Phoenix right before I saw this post… synchronicity always gives me a sense of the magic and purpose inherent in our lives…. for whatever reason we are all experiencing such deeply transformative heartbreak, it must be important—we are special, strong and amazing people to be given such challenging lessons. I am honored to be amongst such spiritual warriors, I believe as we heal, the wound places within us carved so brutally by the ones we loved so deeply, this depth is our capacity to hold light. This experience, this ‘test’ must be so intense and challenging because we are bigger and more powerful than we know. There is a reason. We are being prepared for something very important. And I am honored to walk with you all. Thank you Kim for being such a compassionate and wise teacher. You are so bluntly real and yet so gentle and humorous that even the most painful illuminations you share always feel a bit easier to bear—sometimes I feel so damn stupid and lame that I fell for someone who isn’t even unique or creative—that even his abuse was common, like he followed a fucking formula— and that my suffering seems so pedestrian… isn’t that a dumb thing to be upset about?

Yes. Everything written here… Just… Yes. This. This is what it’s like. I’m in the midst of this stripping down and letting go of all these attachments that are just figments of my imagination. I need to learn how to remove the sticks of bitterness and denial from the spokes in my heart. I need this rebirth process so badly. Thank you for writing and sharing all of these things – you have no idea how helpful and affirming your words are. I feel like it is a death of sorts- a death that continues to occur over and over again.

Thank you for stopping by, Shannon, and letting me know that this article touched you <3

[…] That sensation of dying goes away (if you’re dedicated to loving yourself) and a whole new world opens up.  It’s a Phoenix Process… […]

Beautiful words, so timely for me, i love this thank you

Reblogged this on freefromnarcissisticabuse and commented:
There is an increasing number of Sociopaths Next Door.

Thank you for helping to spread awareness!

We have to. These people are destroying lives.

I have to say I love what you write and how encouraging you are to other people. Thank you so much for all you share with us!

Reblogged this on Tigerlily's Garden and commented:
This is so true and an excellent article.