Here’s Why The ‘Dark Empath’ Myth Needs To Be Debunked
3 Reasons to Stop Proving Yourself to the Narcissist
How to Deal with a Narcissist While Stuck Together During Coronavirus Quarantine
6 Types of Spiritual Bypassing Holding Back Your Abuse Recovery
8 Things You Need From a Narcissistic Abuse Recovery Program
Are You Dealing With a 100% Narcissist? 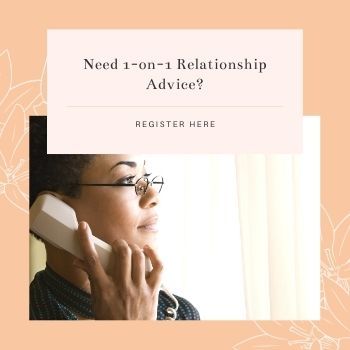 If you have already been in a relationship with a narcissist, unless you have first done the necessary healing before starting to date again, you could find yourself being a ‘narcissist magnet’ who attracts just another variety of narcissist in your life. That was my own personal experience and how I got first-hand dating experience of the somatic narcissist type. Check out the warning signals of the somatic narcissist type in the video below:
[youtube https://www.youtube.com/watch?v=YwPdChTF1iM]

On one level, somatic narcissists are the most obvious to spot because they take pride in their personal appearance. In the case of my own somatic narcissist, he was very much into going to the gym and wearing fashionable outfits. At the time I was living in Dubai – a place which is full of people who care about their looks and who follow a high maintenance style of dress. However, I think it would be wrong to conclude that every person who makes a particular effort to take care of their personal appearance is a narcissist. You have to observe much more closely to get confirmation of their narcissism.

What surprised me about my somatic narcissist was that he pursued me for months which mislead me to think he had serious intentions and that he was really into me. He seemed to be extremely keen to date me and regularly offered to take me out different places, which most of the time I declined. I wasn’t looking for casual dating experiences and I was in no rush to have a boyfriend, but still, he wouldn’t give up the chase.

During those times when I did meet up with him for a date, we’d go out and he’d tell me how great he’d been to his ex-girlfriend and how despite what an amazing boyfriend he was to her, she took advantage of him. He’d also tell me how great he was in bed and how much he enjoyed having sex at least five times a day when he had a girlfriend. He spoke a really good game but still, I picked up mixed messages from him: I couldn’t quite put my finger on it but something about him gave me doubts at the level of intuition.

Ultimately, however, I ignored my intuition and did end up in his bed. I have read that somatic narcissists are supposed to be great lovers, but that was not my own experience. For him, sex was nothing else than a body function – like burping or farting. He just wanted to climax as quickly as possible and be done with it. There was no sense connection in the sexual act and it was completely lacking in any eroticism.

Not only was this a disappointment, but it also came as a big surprise after all his creative storytelling I had listened to for months! I had been expecting fireworks and sexual acrobatics, and what I had got was the worst ever sex of my whole life!

My heart was by no means broken after my experience with my somatic narcissist, though I did feel stupid for ignoring my intuition. What I learned from my experience was that even if a guy really does seem like he likes you and says all the right things, it’s much more important to listen to what your feelings are telling you. All along my feelings were telling me something doesn’t quite add up here.

Following our sexual encounter, it might be the case that we both just lost interest in each other. He had made his conquest, and I realized that he was definitely not the right guy for me. From time to time, weeks and even months later, he would emerge reaching out his tentacles hoping to get more narcissistic supply from me. However, by that point, I was wise to his game and he stood no chance. The best thing to do was to simply block his pointless text messages.

Are you reeling from an awful experience with a somatic narcissist?  Grab your complimentary ‘Beginner’s Healing Toolkit’ below!

Can You Make a Narcissist Finally Commit?

I almost laughed at the description of your experience in bed. That sounds like the guy I recently came to realize is a full blown NPD, if not a psychopath as well. He too bombed in bed.. the worst sexual experience of my life.. I couldn’t understand how he’d remained married to his last wife. He too spends time in Dubai… or so he claims. He also goes for beautiful young women in foreign countries.. but online, with a fake name and an old photograph of himself from 10-15 years ago. I am taking time out for myself and hope to never meet another narcissist. They are horribly destructive to the lucky victims who get to see their true nature.

Joddle… your comment made me laugh. I hope it’s not the same guy! Sure sounds like him.. he was a geologist so he can travel the world and collect women from all over the globe. He still is a geologist, I guess.. but he lost his license due to fraud. I do think men who travel a lot should be looked at carefully, especially if they claim to be working for the government on secret missions. Sure gives them an excuse for disappearing for weeks at a time…

Just to add wieght to what you are saying Kim. I left states to come back to family after a truly horrific three years of on and off with my now x partner. I still hate him for what he put me through. Even more so now that 8 months has passed with no contact. He’s made his attempts at getting back into my life again even though he quickly discarded me after I was started to complain about his lack of compassion conscience and commitment with real life examples that had just kept piling up. I was abused in every way there is and was at absolute rock bottom. I’m lucky I’m still here. Well 8 months on and Life is gradually getting better and better and part of me can appreciate the experience because I am savvy to how the world and people in it can be. I recently worked for a company for a short time and left for a more secure job. A guy who worked with me at the company I left went to great lengths to track me down and I was impressed and thought …well if he’s gone to that effort he must really like me. NO…first red flag, initially speaking to me over the phone about how nice and genuine person I seemed, so fleixble and casual in nature….mmm…good target. So, anyway, ignoring this I went out on a date in the middle of the day. He has asked me out. We met at a mutual restaurant/pub in the city and long story short, during our conversation I had to ask whether I was boring him as his eyes kept flittering all over the place, he seemed distracted. I bought myself a drink and he ordered nothing.. Thinking that it would be a nice gesture for a woman to buy a round, I did so, expensive place so it wasn’t a cheap shout. We sat together for an hour, at the time I was smoking, he proceeded to smoke half a packet of my cigarettes, saying that he was trying to give up but it was hard having them in front of him. After asking me for the first one he then just helped himself. The conversation was all about his new business venture and getting others on board financially to get this up and running. Anyway, after the first shout, I though alright we will have one more drink that he would now buy obviously but…. all of a sudden he looked at his phone and said, well it was great catching up with you but I have a business meeting to attend now. It was Sunday. I had travelled a fair way to connect with him. I sae red…particularly after my history. He proceeded to go to the mens room and then on his return he said, I’ll call you…take you dancing next time. I thought about saying nothing but something happened I clicked over and thought, no way you’re getting away with this one. Been there, done that. I looked hiim straight in the eyes and replied, no Mark, I will definitely not be seeing you again! he looked shocked and asked what’s wrong, what did you expect from me. I replied I don’t think I really need to quantify my decision, I simply choose not to see you again. He slinked away head down, probably thinking damn, I blew that one, could have been a good use. I was disappointed, but very happy with the new person I had become. What a loser, haven’t dated since. I am giving myself time for me and giving to me what the a-holes in my life recently have had not intention of doing. I’d rather err on the side of caution and wrongly exit from a possible painful alliance that give anyone the benefit of the doubt as I did so often with my x. As I said he still tries every now and then to get back in. My self esteem is building through making better choices for me now. So, yes I agree we have to be careful not to attract the same type.
Thanks for your posts, I always read them, they remind me to stay strong.

Thank you for sharing that, Ness. Sounds like you may have indeed dodged another heartache. Thank you also for letting me know that my posts have been helpful in your journey. I hope I can continue to help light the way. <3

The sex 5 times a day would’ve scared me away. That would be entirely too exhausting and that’s if I even believed it. I’d bet most men don’t have that kind of energy even if they are good at sex. I laughed out loud at that but it would scare me away since I’ve experienced the demanding childish pout from a boyfriend after saying no to sex at particular times.

Great insight, Safirefalcon. If someone wants sex that many times in one day, that’s a possible sign of severe inability to control impulses and a strong drive for entertainment (which is their need to be active and distracted at all times). It also points to hyperactivity and excitement-seeking behaviors which are all red flags.

Yep. In my experience, men with a large desire for sex often have very little interest in connecting emotionally. Sex is often their way to fill that void.

Reply
Cancel
Add Your Reply
We use cookies to ensure that we give you the best experience on our website. If you continue to use this site we will assume that you are happy with it.OkPrivacy policy